Editorial: In the next few issues the platform will be featuring powerful feminists who will be discussing the politics of pretty from personal and economic angles. The politicisation and commercialisation of beauty has been the bane of women worldwide. We will be examining the topic through prose, poetry and photography. Our first guest is Susan Obehioye.
women are constantly judged based on how they look, statistics have shown an increase in plastic surgeries, and this is happening because we do not feel secure in our bodies. we have been fed negative information of ourselves and our bodies which is having an effect on the younger generation and this needs to stop. the body of a woman is beautiful, and changes should be embraced.

i got into makeup and photography as a way to express myself. as someone who has battled with anxiety and depression, of which most is from self loathing, i wanted to do something about how i felt on the inside. i wanted to not only photograph myself but other people as i found the features of black people beautiful.

i personally feel all shades of black is beautiful, however darker skinned women represent not only history but the future. the beauty of a dark skinned woman is everything. her features, her expression and her passion can be captured in photographs. putting more dark skinned women out there is inspiring and it makes us visible.

as a young girl i hardly saw dark skinned women in magazines, it made me conclude that i was ugly and unwanted. i used to look in the mirror and ask myself why i was so dark.. this was my life for over 30 years. i had to go through a healing process to accept myself. i think back in regret because of the time wasted.

colourism is a terrible thing and remains a problem in the black community. the blame lies with slavery and colonialism where people of lighter skin tones were more accepted that their darker skinned peers.

as much as i would hope for an end to it, it is present and the only way to put an end would be for us to appreciate ourselves and the beautiful shades of black we are blessed with.

as someone who is dark skinned, i have had my share of being treated differently. when i was a teenager, i was passed over by boys for my lighter skinned friends and as much as that hurt, i learnt to accept myself.

the media has also not been fair to people of darker skin tones, we are hardly visible and when we are it is stereotyped and negative.

fat shaming is also one of the issues that i am concerned about because the society has completely forgotten how important it is on the inside, instead have focused on the outside.

i have struggled with my weight for many years and though i have lost some weight, i am still aware of the fact that i will always be judged based on how i look. this is because of the unrealistic expectations placed on women by society.

people are told that fat people are lazy and are prone to illnesses of all sorts, many are described as the “walking dead” because of their size. it truly is very disturbing because the size of a person should not be a thing of judgement. people come in different shapes and sizes and whilst some factors might be determinants for illnesses, it is not completely the cause. slim people do have the same illnesses fat people have, life is what it is and we are here to live and die. whatever we decide to do with the time between those periods matter and i personally do not think judging people based on how they look is a best way to spend your time.

i have worn the shoes of “obesity” as they call it and the pain caused didn’t come from my size, it came from people who appointed themselves as medical experts. i feel people should love their bodies regardless of what size it is. living up to man made standards is not a life. i also agree that people should be healthy.

the standards of beauty these days are unrealistic. curvier women are not represented in the media, they are shamed into hiding because some people are uncomfortable.

as much as i love social media, it has played a very negative part when it comes to self appreciation. we are bombarded with pictures of people with so called “perfect bodies”. descriptions such as “body goals” and the praise given to certain features has caused alot of insecurity.

i must add that all is not lost, i am pleased to see so many campaigns out there promoting body positivity. this gives me hope that women would learn to love and accept themselves. 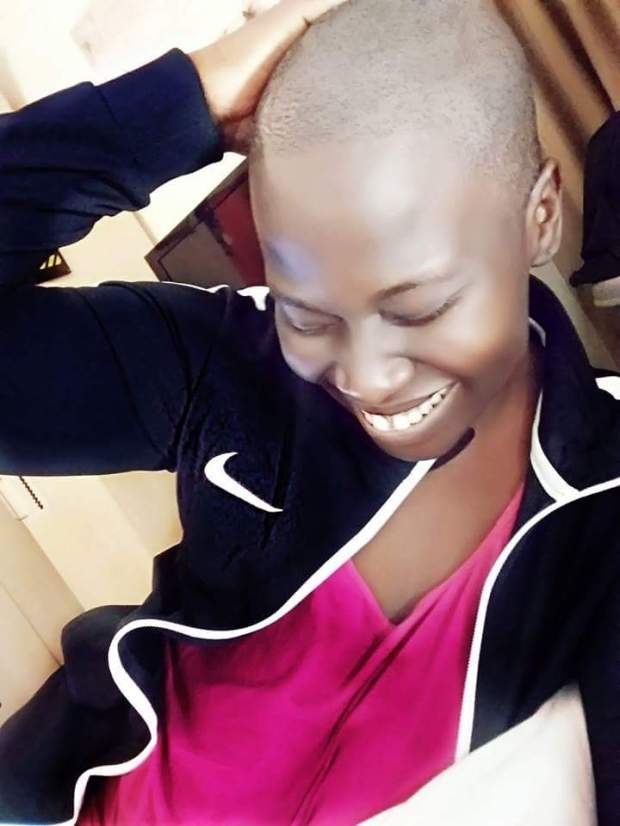 Susan Obehioye is an Environmental Health Officer and professional makeup artist, photographer and retoucher based in London. She has had experience working with clients of different ethnicities. She is an advocate for body positivity, Human rights, particularly LGBTQ issues. In the future her aim to make an impact in the beauty industry by promoting dark skin models and also lend her voice and support to the LGBTQ community in Nigeria.