On the 25th January, actress Dorcas Shola Fapson, accused, via some Snapchat posts, a Taxify driver of attempted kidnap and rape. Within 24 hours, the driver had posted a contrary account and Fapson had provided further details, including video footage of the incident – such is the power and urgency of social media these days.

I’ve found the public’s reaction to these accounts bewildering. Polarised opinions are the order of the day on social media but this case feels special. There have been disagreements on not just the story as a whole or who was right but also, the individual events which make up the story.

The only thing that everyone agrees on is that Fapson booked and entered a taxi, the trip ended badly and that pepper spray was involved. The driver says that the disagreement started when she refused to reveal her destination whereupon he stopped the trip, moved the car forward – an action which took him a few seconds – and tried to retrieve his car keys from her.

She says he tried to insist on an unregistered cash payment instead of a card payment with the company as booked, refused to take her to her destination or let her out of the car when she declined, drove her to unknown premises, tried to drag her into the building, threatened and assaulted her with a choke hold, closed the car door on her legs etc. Even stranger than the irreconcilable accounts is the focus on baying for Fapson’s blood (and anyone who tries to support her), without acknowledging these factual disparities.

While Fapson’s initial account was at first met with disgruntled silence and followed by demands for evidence, the driver’s post connected with Nigerian Twitter. Perhaps it was the perceived class differences between them but I think the real basis of the simmering rage and public outcry is the belief that this is yet another example of a woman weaponising the ability to accuse a man of rape for her own evil purposes.

The outcry fails to take into account of the fact that Fapson’s video evidence refutes some of the claims made by the driver. An example is the driver’s claim that he only drove a few yards down the road to take advantage of some security lighting. The video clearly shows him driving her to a set of gates, she stating that she doesn’t know where she is and he not counteracting that statement. He gets out of the car and hurried towards the gates, leaving his keys in the ignition (providing an answer to the stupid question ‘why would he leave his keys in the car if he meant to kidnap her?’).

The video also shows him trying to keep her in the car, rather than his account of repeatedly and politely asking her to alight and only engaging her physically to retrieve his car keys.
This is confusing because, while one could build a narrative that when she refused to get out of the car like he asked her to, he drove off to his house in frustration, reached the gates and then tried to chuck her out of the car, I can’t think of any reason he would want to keep her in the car. If he was so worried about his car, like he claimed, surely that would increase the chances of her driving off.

We do eventually hear him trying to drag her (but this is after she had asked him to let her out of the car – did he change his mind about keeping her in or was he trying to drag her on to the premises?) and we don’t see the choke hold of course. There are those better qualified than me to untangle the facts and perhaps they will get a chance to do so.

Instead of a discussion about the facts, the initial, and sustained, reaction has been one of massive outrage that Fapson dared to label this driver a rapist.

I believe this discussion sheds some light on two aspects of rape culture – the concerted effort to discredit rape and sexual assault victims for the purpose of silencing them and women who actually make false accusations that they have been raped.

In relation to the discrediting, rape is, of course, a difficult crime to prove and one way of the most effective methods for stopping victims from coming forward, is the threat that, should a conviction not occur or even before any charge is laid or prosecution carried out, the victims will be forever labelled ‘evil women’ willing to ruin lives for no justifiable reason.

If this fear affects conventional victims (raped by strangers after violence or the threat of violence), it becomes scarier when a victim has been raped by family members, close friends, relationship partners, dates or colleagues.

The silencing is perpetuated, not just by immediately assuming that the victim is lying, it includes dragging out past, unrelated sexual liaisons, slut shaming, purity culture (a woman is spoiled by sexual activity anyway – who cares whether it’s consensual or not?), spiritual blackmailing (if you don’t forgive that deacon for molesting you, aren’t you really as bad as him in Jesus’ eyes?) and questioning why she chose to drive a man to such a sexual peak that he could not help but attack her.

The culture of silencing victims is clearly traumatising and is the major reason so many victims keep quiet.

Some of these tools/weapons have already been deployed against Fapson. It is being claimed that she once begged a male singer to start a relationship with her to increase her celebrity status– information related to this incident…how?

Many people are very much aware of the above issues. While we know that too many sexual assaults go unreported because of silencing tactics, we also acknowledge that it is a terrible and devastating thing to falsely accuse a man of rape. Although it’s only fair to point out the inconsistency between Nigerians describing, on social media, the effects of rape and the effects of being accused of rape.

If a man is assumed to be falsely accused of rape, then it is a horrendous thing that will destroy his life, presumably because rape is such a terrible thing. If a man is actually proven to have raped someone then we should forgive him because everyone makes mistakes, do we want to kill him, did he kill someone, what was she wearing ……??

Anyway! False claims do happen and apart from tearing a hole through a man’s life, they drag the fight against rape and rape culture backwards. The next victim will always be prejudiced by a false rape claim.

Despite the fact that the movement for dismantling the rampant rape culture and addressing the high occurrence of sexual assaults in Nigeria is relatively new, it seems Nigerians have had enough of rape allegations already. No woman is allowed to utter the words ‘rape’ or ‘rapist’ – unless:-
(1) it has happened – I won’t bother adding ‘or is about to happen’ as, in this case, even if the attack had been in an advanced stage, some would still have insisted that Fapson could have avoided it by being polite, begged or time travelled to choose a better outfit;
(2) you have ample evidence of being raped and you are prepared to paste the evidence all over social media;
(3) you are prepared to attend a police station, even though numerous women have reported sexual assault carried out by Nigerian police officers and their reprehensible attitude towards rape victims;
(4) you never withdraw your complaint because, for the price of bringing a potentially good man down, you should be prepared to accept any and all threats to your being;
of course (5) you were the perfect rape victim – dressed modestly, not roaming the streets at night, polite and respectful to all involved, with a propensity for sprinting.

Even if you have been able to do all these and go on about it too much, Nigerian twitter will advise you to move on with your life and have some dignity for God’s sake!

There is clearly some panic about women wielding their power and privilege to cry rape at any every instance and this panic, I would suggest, is nothing new whenever there is a concerted effort to address sexual crimes. Hopefully it will pass but, when you compare the reaction to Fapson to the reaction to Kemen in BBNaija (https://talkglitz.tv/nigerians-blast-bbnaija-for-continuous-association-with-kemen-tag-him-rapst/) in April of last year, the real crime appears to be broadcasting a rape or rape attempt rather than committing one, according to Nigerian Social Media.

I hate to drag out the past but for those who don’t know the Kemen story, he was a Big Brother Nigeria contestant who was disqualified for sexually assaulting a sleeping female housemate . The real debate began after the programme concluded and Kemen was invited to join the housemates on various publicity tours and effectively resumed his status as a celebrity reality show contestant. I was grimly satisfied when the ‘woke’ people whom I follow recognised this as an outrageous endorsement of the lack of consequences for sexual assault in Nigeria. Imagine my horror and bitterness when I learned that the #freekemen contingent were not only in the majority but felt that the incident being brought to public knowledge was punishment enough and that Kemen should be allowed to flourish free from these Godless, unforgiving, judgmental people who insisted on dragging out issues that should be allowed to die down, after all ‘did he kill somebody?’ and also what was she wearing…?

Back to the recent incident, perhaps there are other ways in which Fapson could have made the incident known, if you ignore how shocking that night must have been for her. With the benefit of hindsight, maybe she could have started with a fuller account instead of short posts and labelling – but I can’t see anything wrong in her letting people know about this event, if only to stop other women from going through the same thing.

On a related subject, I notice, in addition to women who make false rape allegations, another group of women who have been condemned in this incident – women who have accused Fapson of making the whole thing up. Fapson dramatically said ‘I hope far worse happens to you, your mother and your unborn children’. Lord. Simi, in a deleted post echoing some of the sentiments that Adekunle Gold had expressed and also deleted due to the backlash from his followers (They said what to you on Twitter, Kunle? Hold my beer…..), also singled them out as being particularly reprehensible.

It is especially dispiriting when women defend sexism, rape culture and the like. It’s even worse when they take part in sexual attacks. It is surprising, as well, given that they could more readily be a victim of what they are undertaking in or failing to condemn. But I’ve always wondered (but never voiced aloud) about the claim that they are ‘worse than the men’?

It is bad for both women and men to fail to address or participate in rape culture. Men do it because of the obvious privileges of being able to act badly or not without many consequences; women do it to align with or identify with the conventional society, to cement their status as ‘good or sensible women’ and ‘not one of these crazy feminists’ and probably for other reasons, like protecting themselves against male (out) rage or even maybe because they genuinely believe what they are saying. Both have their reasons and both are equally bad, in my view. 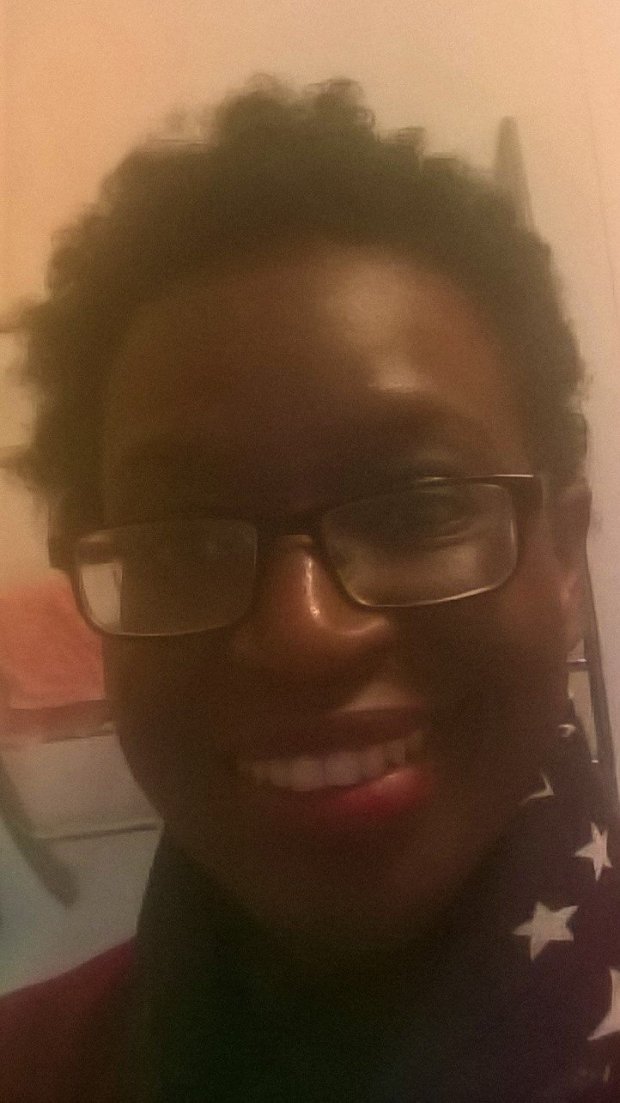